What will you do when someone suffering from noise problem could not search for soundproofing on internet? Many people ask me the ways to keep the sound within specific area. In such condition we usually talk about the type of noise and the room to deal with the problem.

Many people ask about the cost of soundproofing panels or foam as they think it can solve their problem. This is a common misconception as foam itself cannot stop the sound. In fact, foam absorbs the sound instead of stopping it.

Audio sounds can be controlled by two types of products- one that stops the sound and the other that absorbs the echo of the sound.

In order to make people understand this entire idea I suggest building an aquarium to put water in it. What will be the best material for it? Suppose they use sponges on the walls to restrain the water but it will absorb it. Similarly the sound in a room behaves like water in the aquarium. The water can be retained in the aquarium unless its walls are made of glass panels with seal as soft materials like sponges can absorb the water. In order to block the water or sound in a space, it has to be made air-tight from heavy and dense materials.

Usually light, soft and fluffy products are used for absorbing the sound in a room to reduce its echo in that area. Suppose, while finishing your basement room you install studs to frame the wall with sheetrock. If you use 2” thick egg crate foam instead of sheetrock then you can clearly hear the sounds spoken from the other side of the foam as it has no or least mass or density.

The products that do not allow the sound to leave or enter a space are installed while constructing the wall to decouple it and to obstruct the contact of its two surfaces. If, in the above example you use layers of sheetrock on either side of the wall instead of foam, you will not be able to hear the conversation on the other side of the wall.

While constructing a standard racquetball court in a gym the walls are made two feet thick to produce consistent echo sound when you clap in the room or throw several balls in this room from various directions to bounce on its walls. Now suppose you finish the walls, ceiling and floor of that room with 2”thick foam and throw same number of balls in it to bounce again. You will see that now they do not bounce after hitting any surface because the energy of the balls will be absorbed by the foam insulating the room. Thus it proves that soft foam insulation on all the surfaces can absorb the echo instead of sound.

I am thankful to you if you got the idea I tried to convey about the difference between blocking and absorbing sound clearly through my raw examples, without using any technical thing. Non-technical people can be educated more easily about their noise problem through simple things as they are not going to be acoustic experts.

Before we begin, the first thing you have to do is toss whatever pair of headphones or earbuds came with your phone or MP3 player.  I am not sure why they even come with those now a days because the quality provided is nonexistent. The complimentary headphones sound like you are listening to music down the hallway! Whether you choose headphones or ear buds, consider investing in a medium to high quality pair, trust us it is well worth it. 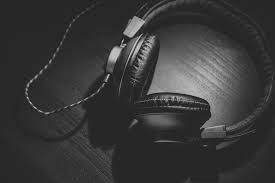 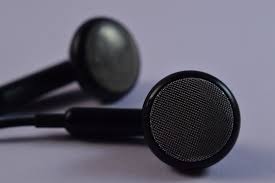 Star your struggle by deciding which product path you are going to travel down.

Earbuds are the top choice for people who have minimal space, but still listen to music. The advantage is you don’t have a bulky pair of headphones laying around in your prime real estate. The high-quality earbuds, like SoundMAGIC E10 or Brainwavz S0 come with a case to store the earbuds and to keep the cord untangled. This prevents them from getting ruined or from dirt entering the ear pod. Earbuds are excellent on a smaller budget primarily due to the fact that there is stiff competition in the $50 to $100 dollar price range for this type of product.

Every cheap earbud I have purchased (I’m looking at you Apple), has had significant failure points always starting with the the earbud not fitting properly into my ear. This leads to my ears hurting or me breaking the cheap plastic casing on the earbud.  You get what you pay for.

Headphones are great for enjoying music while you in a static place, or out for a leisure walk. Many people think these would be difficult outdoors, but they can be very comfortable when you wrap them around your neck. I have noticed that with headphones I am always able to enjoy the deeper bass noises as well as the higher treble noises.  The main pinching point I find with headphones is that I always over spend on a quality pair. A $100 pair of headphones easily outperforms Sony’s $200 earbuds.  That being said, the headphones can be bulky, take up a ridiculous amount of space in a gym bag, and are not the best for working out or running.

Whenever I go out to purchase a quality pair of headphones I am always drawn to the headphones with noise canceling technology, until I see the price. Coming back into reality I will always look for Sony MRD-1000X or the Razer Kraken headphones. These both have spongy earmuffs to block out any external sound and also insulate your music from other people around you.

If earbuds are more your style, which is the case for me when I workout definitely search for the Brainwavz S0 earbuds. Both of these brands fit comfortably in my ear and will not come out when I am out for a run or dancing by myself in the kitchen.